In memory of Barbara Taylor 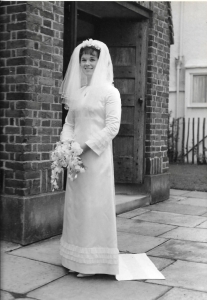 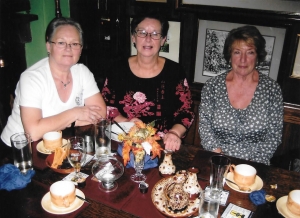 Barbara and Keith were married in St Mary’s Church, Northfleet, Kent on the 8th October 1966, both were 21 years of age. They then set up home in Hornchurch, Essex where Keith, a serving member of the Metropolitan Police had been transferred to.

In 1967 the first son, Stuart arrived followed three years later by the second son, Richard. The family was complete and despite local house moves it remained in that area. In 1984 Keith, with the agreement of Barbara was Initiated into St Cedd Lodge No 6519 in Upminster, Essex and he went through the Chair in both Craft and Chapter. Barbara enjoyed Ladies Festivals and other Masonic Socials and was very supportive of local Freemasonry.

In 2003 it was Barbara’s wish to move near her friends who lived in Bude and Keith became a Joining Member of Granville Lodge No 3405.

At about 7pm on Thursday 21st May, just before evening meal time Barbara was taken ill at home. The Ambulance, once arriving summoned an Air Ambulance and she was airlifted to hospital from Lamb Park, Kilkhampton. It was getting near dusk and a landing area had been marked out by men with electric torches shown to the sky. Sadly, the Heart Operation which was deemed necessary was not successful and on the 24th May she did not recover in the Intensive Care Ward at Derriford Hospital. It was 2 days before her 75th Birthday.

She was supremely happy living in Stibb and Kilkhampton and had many friends and joined local clubs and groups. It was the happiest period of her life.

She is survived by Keith her husband of 54 years and sons Stuart & Richard.

Any donations please to the British Heart Foundation via Arthur Bryant & Co, Funeral Directors at Bude.

May Gods peace be with her.

So sorry to hear the sad news. All I can say Keith is that you should focus on all the Happy times you shared, and remember that you have many Masonic friends who will support you at this time.

May many happy memories of Barbara bring you comfort during this difficult time in your life. Our sympathy and prayers go out to you and your family.

Keith, our thoughts and prayers are with you at this difficult time.